Why did you decide to work abroad?

A friend of mine was planning to follow in his brothers’ footsteps and work abroad in America at a summer camp at the end of our first year at University.  It seemed like a great opportunity and having heard how much my friend’s brothers rated the experience I agreed to give it a go too.  I hadn’t really looked into it in a great deal of detail but having thrived away from home for a year at uni I thought it would be a great way to further challenge myself while soaking up some sunshine.

Was it difficult to apply to work abroad?

The whole experience was organised by a company called Bunac who specialised in finding counsellors to go and work on American summer camps.  Their forms were very straightforward to fill in and I had to part with no money up front as the flights and accommodation were just taken out of my wages at the end.  I remember going to London to get my working visa from the embassy and then had a short interview with a rep who asked me about my skills, qualities and what I would be able to offer the camp.  I was chosen to be a mountain bike instructor and each day I took groups of campers on long bike rides through the forests and trails that surrounded the camp.

What was the best part about working abroad?

I loved working with the kids and it meant that I had to be very responsible and think of their needs first which after a year at uni- only having to look after myself- was a good growing experience.  The time away from my family (no mobiles or wifi in 2004) meant that I had to be very independent and resilient but there were loads of new friends for me to go out with once the day was over.  The other counsellors were from England, Canada, Norway, Australia, America and Ireland so it was a great chance to meet people from different backgrounds and to further broaden my horizons.  After the time at camp was over I used my pay check to travel around America with the friends I had made and I now return to Brooklyn annually to meet friends that I made during 2004 and 2005.

Top tips for pupils who decide to work abroad?

Throw yourself in at the deep end.  It’s a great experience and you will never know if it is for you until you sign up! 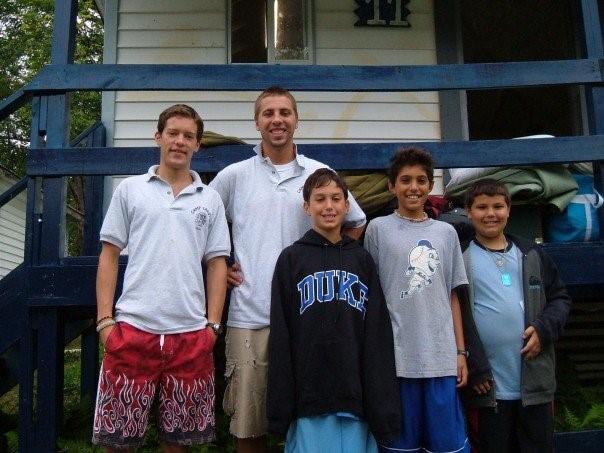